On this episode of Vivid Voices, A Local Perspective, we consider what role does local government play in Indigenous affairs, and who can be the driving force to lead local communities to awareness of Indigenous issues?

Michael Regan is the Mayor of Northern Beaches Council which covers the entire Northern Peninsula of Sydney. Michael is on a mission to learn more and do more when it comes to the Indigenous landscape in the Northern Beaches. 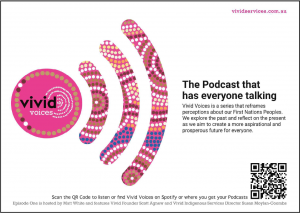 Hosted by experienced broadcaster and Vivid Indigenous Services consultant Matt White, Vivid Voices is a series that seeks to reframe perceptions about our First Nations Peoples. By exploring the past and reflecting on the present, we aim to create a more aspirational and prosperous future for everyone.

Vivid Voices is honest and open – and a discussion we need to have.